I wrote the title of this post in Kiswahili, yes. Most literally it translates as, “The monkeys and I, we are knowing one another.” This post should be considered inevitable in any Peace Corps blogger’s Peace Corps career, and as such, I feel like I should cover the topic today.

Today, as I was walking back to my house, having forgotten my bag of tech toys (modem, hard drive, etc.), I walked by one of the big alpha-male monkeys, got within two feet of him and kept on walking. He didn’t run. Normally they run. Do I think he feels dominant? No, because he is not the only one who stays. The mothers stay, as do the adolescents and even the babies. The monkeys know me. I don’t hurt them like the students do. They hang out at my house. It’s a safe space.

Yesterday in town I was walking around, comparing textbook prices, trying to fill in some gaps in our computer lab library. Actually, what’s one big gap called? We don’t have any books… I would enter stores and inquire about computer textbooks (sadly, often directed to the next textbook shop). Upon finishing my inquiry, one shopkeeper asked, “Wewe ni mwenyegi?” (Are you a local; literally, indigenous one). “Aaya” (an affirmative). Was it a little bit of a lie? Yes. But it was certainly a confidence booster.

The third sign occurred last week. My students asked, “Will you extend your contract for one more year?”

I arrived in Kenya hoping. I’ve lived in Kenya frustrated. I guess only time will tell how I feel when I leave Kenya.

Tanzania: The Canada of Kenya

DISCLAIMER: Specifics are for science, stereotypes (and generalizations) are for survival. What I write below is an inherently stereotyped recounting of my thoughts and opinions regarding my recent trip to Tanzania. Having stayed only a short time in the country, I was unable to compile a complete anthropological or sociological report of all specific ethnic groups and cultural idiosyncracies present in the country. However, this will not stop me from painting my own mental image of Tanzania in what some may consider broad brush strokes, nor will it stop me from making comparisons to my own experience in Kenya. If you don’t like modern art, with its dense lines, bold colors and simplified style, please do not continue reading this. Is that enough warning Tameisha? 😉 END_OF_DOCUMENT_TOKEN_TO_BE_REPLACED

Canonical and HP: Microsoft and Apple, Round Two

I am feeling very speculative today so I thought I would throw out a hypothetical situation that wouldn’t at all surprise me should the events actually unfold. As the title of the post suggests, I suggest an anaolgy: Canonical and HP are currently heading on a trajectory that may later leave analysts comparing them to the Microsoft and Apple of the 80’s and early 90’s. Let’s talk about it.

END_OF_DOCUMENT_TOKEN_TO_BE_REPLACED

Comments Off on Canonical and HP: Microsoft and Apple, Round Two 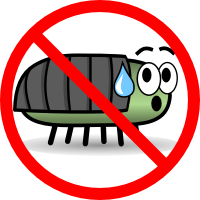 I am sitting here, waiting for a colleague to return so that we can continue setting up his file and print server for his school, so I thought I might take the time to blog a bit. On the long bus from Dar to Arusha, TZ, one of my eCorps teammates and I had a discussion regarding U.S. politics, and though we disagreed on a few things, one thing we could agree on was this: the U.S. government needs to take some time to review pre-existing laws and either amend or repeal those that are ineffective or are being exploited in unintentional ways. The government needs not only to work on adding “features” (i.e. new laws), but also in fixing “bugs” (i.e. flawed laws). Can you tell we are both programmers?

Bug tracking is a major component of any large software project and can easily be applied to legal matters. As our legal system grows, and more people interact with it on a regular basis, unintended consequences of laws come to light. People with more time on their hands to analyze certain aspects of legal code than the lawmakers themselves often discover what the public deems “loopholes” in law. History has shown that non-governmental entities discover the loopholes, but in most cases, the public is not empowered enough to help close them, even if they are being exploited, and lawmakers are often too busy to fix problems.

Instead, lawmakers must focus their efforts on passing more and more legislation to appease their constituents. The result is a government that grows and expands on an increasingly shaky foundation. Never a good idea.

I propose a web site that allows the public to deem certain laws as “buggy,” effectively creating a bug tracker for government. Legal bug tracking starts when people complain about an issue that seems unfair to them. From there, more legally-oriented individuals might do some research and provide the exact legal code and courtroom precedents that allow people to exploit the legal system. After the bug is officially identified, individuals can provide references to “officially recorded” complaints already made, such as those in newspaper articles. Finally, people can submit such bug tickets to their congressmen with the hopes that they might begin the process of amending or repealing.

Of course, this is not a perfect system. People will obviously disagree on which aspects of law are actually “bugs,” and which may be “bugs that are features,” or exploits that a great number of people actually prefer. However, that level of difference is inherent in any large system, be it politics or software. Disagreement is to be expected and thus it is important to focus instead on using a proven technology in the quest of generating necessary discourse for helping our government help us. Building a house on a rotted foundation is never a good idea, and it’s equally bad to build a government on a foundation of rotted and dated laws. For a bit, let’s focus on fixing our foundations before beginning our next addition.